Snoqualmie Falls is the Place of Creation to the Snoqualmie People

Since the beginning of time when the Transformer changed the world to a home for the people, the Snoqualmie People have been the Spiritual Stewards of Snoqualmie Falls and its surrounding lands. This area was given to the people to take care of and to gain nourishment from, both physical and spiritual.

The Snoqualmie Tribe’s creation history has been passed down since time immemorial. These teachings say that on each river, a people were created for that river to live, fish, hunt, and to care for that river for all time. The Snoqualmie Indian Tribe has honored this teaching by continually meeting to perform our spiritual practices, and by fighting to protect Snoqualmie Falls and our other sacred lands from encroaching threats.

Snoqualmie Falls is for all people, for all time. This area is recognized as sacred by tribes throughout the region. Snoqualmie Falls and its surrounding lands have been a central place for meeting and gathering of people for time immemorial. The indigenous peoples of this region came, and continue to come, to Snoqualmie Falls for guidance, power, prayers, and healing in this sacred place.

To this day, Snoqualmie Falls and its surrounding lands are a place of meeting and joining of worlds, with an estimated 2 million visitors annually.

This sacred site has been impacted every day since the desecration from the hydroelectric facility over 120 years ago.

When Charles Baker looked upon Snoqualmie Falls and felt what so many had before, he mistook that powerful energy as something that could be harnessed and sold. He desecrated our site of Creation by tearing, carving, and blasting out the Falls to build a hydroelectric facility that brought electricity to the growing City of Seattle by the end of the 1800s. This progress brought destruction that has impacted our sacred site and our people to this day. Through renovations, the hydroelectric facility is still running today, though only provides less than 1% of the energy Puget Sound Energy sells.

Historic photos showing the impacts of the hydroelectric facility on the Falls:

The Snoqualmie People have advocated for sacred Snoqualmie Falls while we continued to fight for federal re-recognition.

Some of Snoqualmie’s most sacred sites have been shared publicly. Others have not. A common misconception is that sites are only considered “sacred” if they are public. At various points in time, for specific purposes, Snoqualmie has made public the sacred importance of various sites, while others have remained confidential.

For the Snoqualmie Tribe, this work is not new, but becoming public about our sacred lands did not happen until very recently. Because the threats to Snoqualmie Falls were growing exponentially, our elders and leaders at the time decided it was time to share publicly the importance of these areas and try to define sacred for others in order to garner support and stop the increasing threats. Since the late 1980s, the Snoqualmie Indian Tribe has been growing public efforts to educate surrounding communities and jurisdictions in efforts to stop the further desecration of sacred sites. 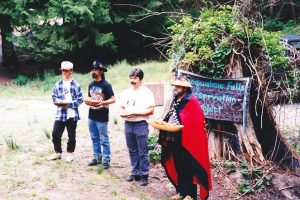 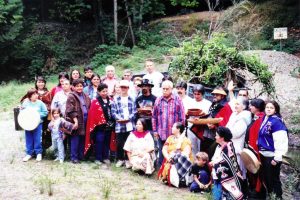 The Snoqualmie Falls Preservation Project gathered the support of many different people and volunteers who joined the Tribe to advocate for a natural flow to be restored to Snoqualmie Falls by petitioning to decommission the hydroelectric facility. The group, including Snoqualmie Tribal Members and their supporters, became intervenors in the re-licensure of the Federal Energy Regulatory Commission’s Hydroproject 2493.

During this period of time, we fought for over 17 years to have the Snoqualmie Falls recognized in the National Registry as a Traditional Cultural Property, the first of its kind in the State of Washington.

The Save Snoqualmie Falls campaign started in 2015 in response to the approval of a roundabout which opened the doors to another impending development that was officially approved by the City of Snoqualmie on October 31st, 2018. Through the campaign, the Snoqualmie Tribe once again publicly took a stance against the development threatening our sacred site, and we gathered su 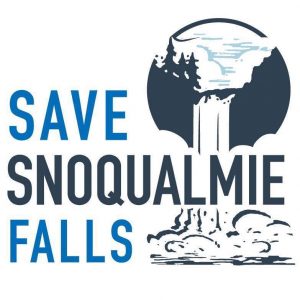 pport from tens of thousands of individuals all over the world. 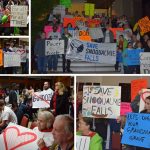 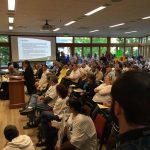 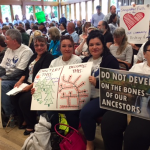 On November 1st, 2019 the Snoqualmie Tribe declared victory by stopping the development project threatening our sacred site, as we acquired the land surrounding sacred Snoqualmie Falls, and the legal rights over what happens here.

With this new status as legal owner, the Snoqualmie Tribe continues to advocate and fight for protection of our sacred sites, as we have since time immemorial.